Nick and Chloe’s’ Early work focused on kids and the imaginary tales of childhood, and included shooting the first cover for Milk Magazine 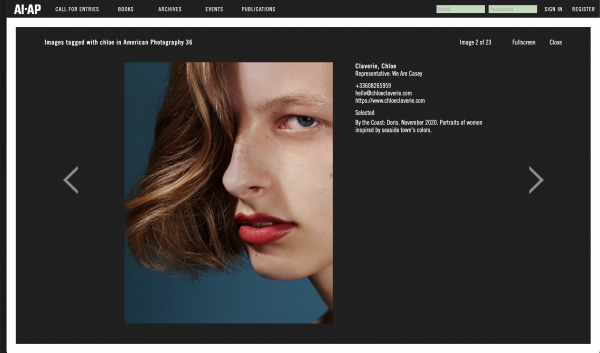 Chloé Claverie and Nick West hail from the suburbs of their respective cities of Paris and Dublin and both came to photography through circuitous routes. Chloé started as an art director, working for brands such as Givenchy and S.T. Dupont with DDB in Paris. Nick launched a self taught photography career in London in 1996. Nick and Chloe’s’ Early work focused on kids and the imaginary tales of childhood, and included shooting the first cover for Milk Magazine. They have also used contextual portraiture to invent stories and to find the point of intimacy with their subjects. The preoccupation with narrative has led to motion projects. A recent collaboration with Sam Tiba and Bromance Records led to their first music video, "Terminus". Other motion projects have included "Cat Cave" produced as part of a wider art direction project to develop the brand of Zahia Dehar. It went viral with over 5 million hits. They have had their work exhibited in the V&A London the Kunsthalle Berlin and in a collaboration with Ilya Lipkin for the Based in Berlin show at the Hamburger Bahnhof in 2011.