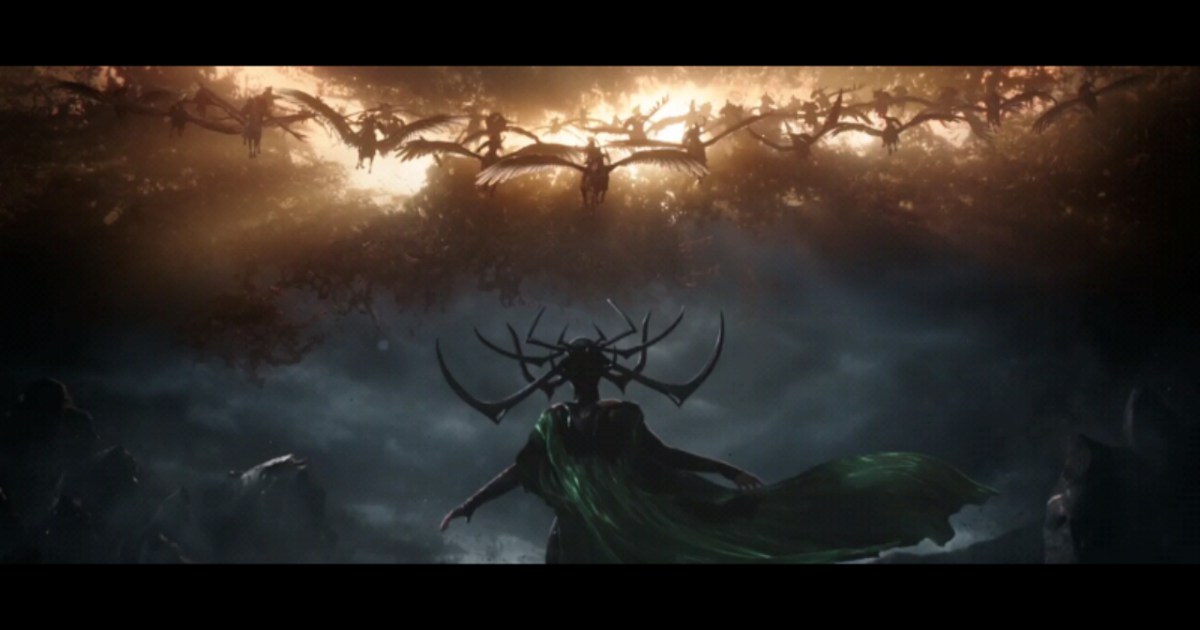 In an amazing flashback sequence Carlo's patented Satellite Lab technology is used to create a dreamlike and otherworldy effect, suspending the movement of time.

"Cue, a breif but eye-wateringly beautiful slow-motion sequence in which Valkyrie and others of her fleet ride into battle on an army of Pegasus, before Hela quickly eliminates them with a tremendous show of force"(whatculture.com)

The short scene has been praised by critics as being "one of the most visually stunning scenes in a Marvel movie ever" (heroichollywood.com)

"I've never seen anything like it" says Cate Blanchett in an interview with comingsoon.net about her experience filming the scene.