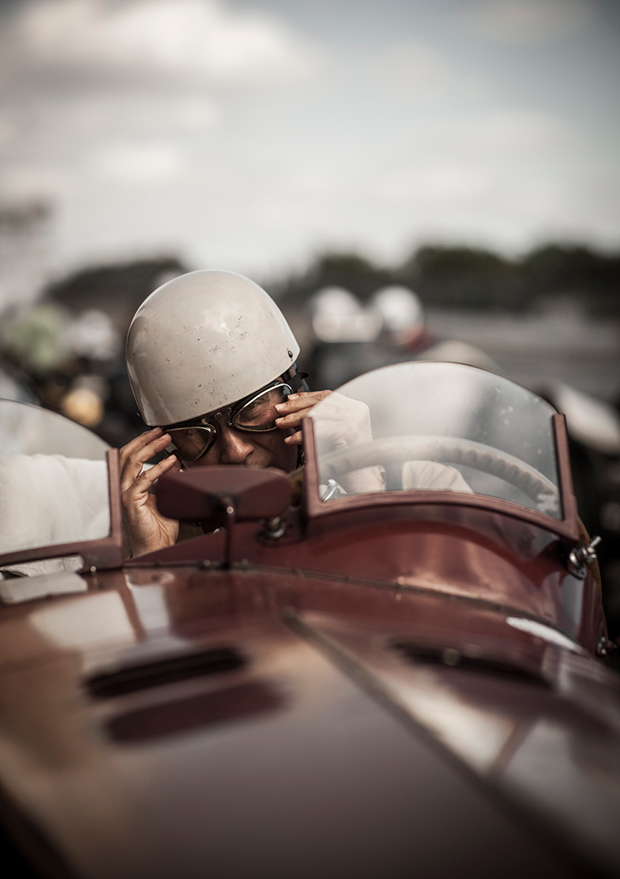 The Robin Rice Gallery is pleased to present “AUTODROME,” a photographic exhibition by Bill Phelps. The opening reception will be held on Wednesday, January 20th from 5:30 to 8:30 pm. The show will run through March 6, 2016.

Exotic machinery, as Phelps calls it, is the central imagery in his latest exhibition. Captured at the Montlhéry Autodrome, a motor racing circuit in Linas, France, these dynamic and powerful photographs render imagery of 20s-era culture. As an avid collector and enthusiast of motorcycles, Phelps features exclusively pre-war automobiles, which begins to evoke this period even further. Both rare and irreplaceable, the subject matter becomes something of ephemerality. The marvel is just this; it’s a moment of temporary transportation to someplace distant yet strangely familiar, the relationship between feeling both power and comfort simultaneously. Phelps’ photographs have a staggering depth and beauty that can be most appreciated in their utter mystique.

There is something entirely fantastical about Phelps’ photographical style. In bringing into focus something that is not often seen, as in one of his large still lifes of gears and metallic parts, he offers a vantage point that is both incredibly original and deeply himself. Phelps says he sees these racecars as something of mythological beasts and his vision is entirely apparent. The cars become energetic, rogue, strong beings. In another image, an abstract of steel car machinery, he renders this same personality. Though many of the photos are not moving, they work in a way that conjures pure speed and strong motion. With a humble sense of heroism as well, the end result becomes something utterly cinematic.

As Phelps’ first exhibition using color, he is able to convey an additional voice. His palette is primarily dark and muted, which strengthens the feeling of mystery. The imagery we see from the 1920s is typically in black and white, thus we often forget the beautiful colors. In using color photography to capture vintage automobiles, he, overall, depicts the true three-dimensionality of his experience. Phelps adds a new sense life to this antiquated imagery in a very revivalist manner. The deep, yet subtle colors of “AUTODROME” remind us of the roaring poster art of the generation, suggesting the stunning vitality of the age.

The invitational image Fiat represents just this as well. The deep maroon on the hood of the racecar and the greys of both the helmet and specs create a historical yet youthful feeling. One of warmth and energy that is sincerely nostalgic and dreamlike.

A self-taught photographer, Phelps has won numerous awards for his photography, including the World Press Grand Prize for Portraits. His previous clients include Italian Vogue, The New York Times, Harley Davidson, Sony and others. A world traveler, he’s lived in Madrid, Sydney, and Paris, and now calls St. Paul, Minnesota, home.

This is his third solo exhibition.